At the Regular Council Meeting of October 2, 2018, Council passed the Animal Control Bylaw #1122. You can view the entire bylaw here, or read below to walk through the new rules for Off-Leash areas and Animals at large.

Animal at Large, and Dogs in Off-Leash Areas

The new bylaw states that the Owner of an Animal shall ensure that such Animal is not At Large. Animals must always remain on a Permitted Leash in Town limits except when on the private Property of the Owner or in “Off-Leash Areas”.

The Owner of an Animal shall ensure that such Animal shall not be left unattended while tethered or tied on premises where the public access will be impeded, whether the access is express or implied, while considering the well-being of the Animal.

The Owner of an Animal left unattended in a motor vehicle shall ensure that:

What is an off-leash area?

A number of areas have been declared as "Off-Leash Areas". They are pictured below. It is important to note, however, that these off-leash areas still require that animals be under control. "Under Control" may be determined by an Animal Control Officer using the following criteria:

Even in an off-leash area, an animal control officer may order that a Dog be put on a Permitted Leash, and/or Order that a Dog be removed from an Off-Leash Area. An Owner who fails to immediately to restrain a Dog on a Permitted Leash and/or remove a Dog from the Off-Leash Area upon being directed to do so by an Animal Control Officer or upon a Dog engaging in any of the following activities listed in section 20.1 is guilty of an offence. Nothing relating to off-leash areas relieves a person from complying with any other provisions of the animal control Bylaw.

The new animal control bylaw mandates that the Owner of a Dog shall ensure that such Dog does not enter or remain:

Dogs are only permitted on pathways if they are secured by a permitted leash, remain on the right hand side of the pathway (unless moving around other path users) and if they remain under the owners control. Every owner of a dog shall ensure that a dog does not sit or stand on a pathway or otherwise obstruct or interfere with path users. 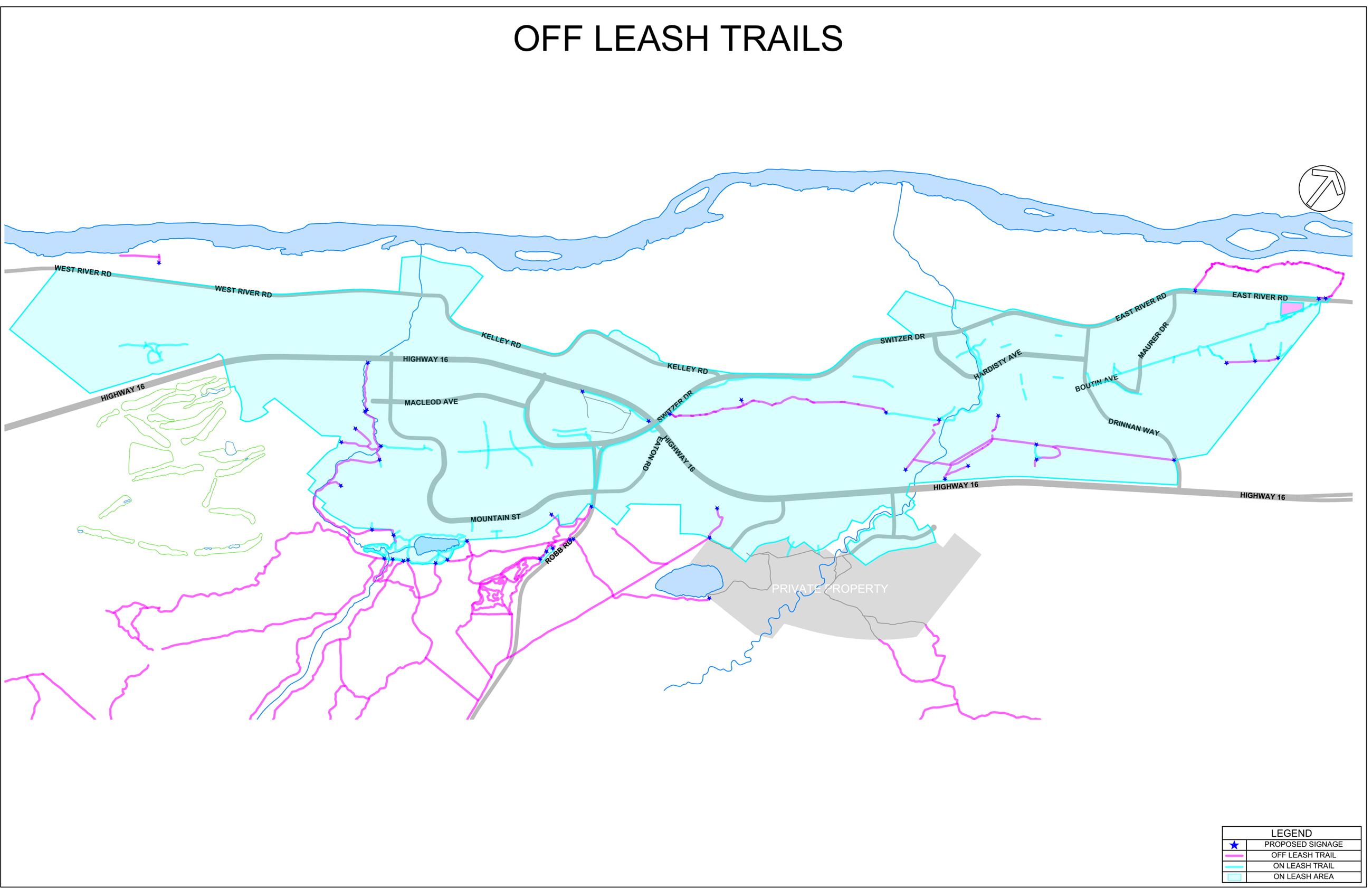 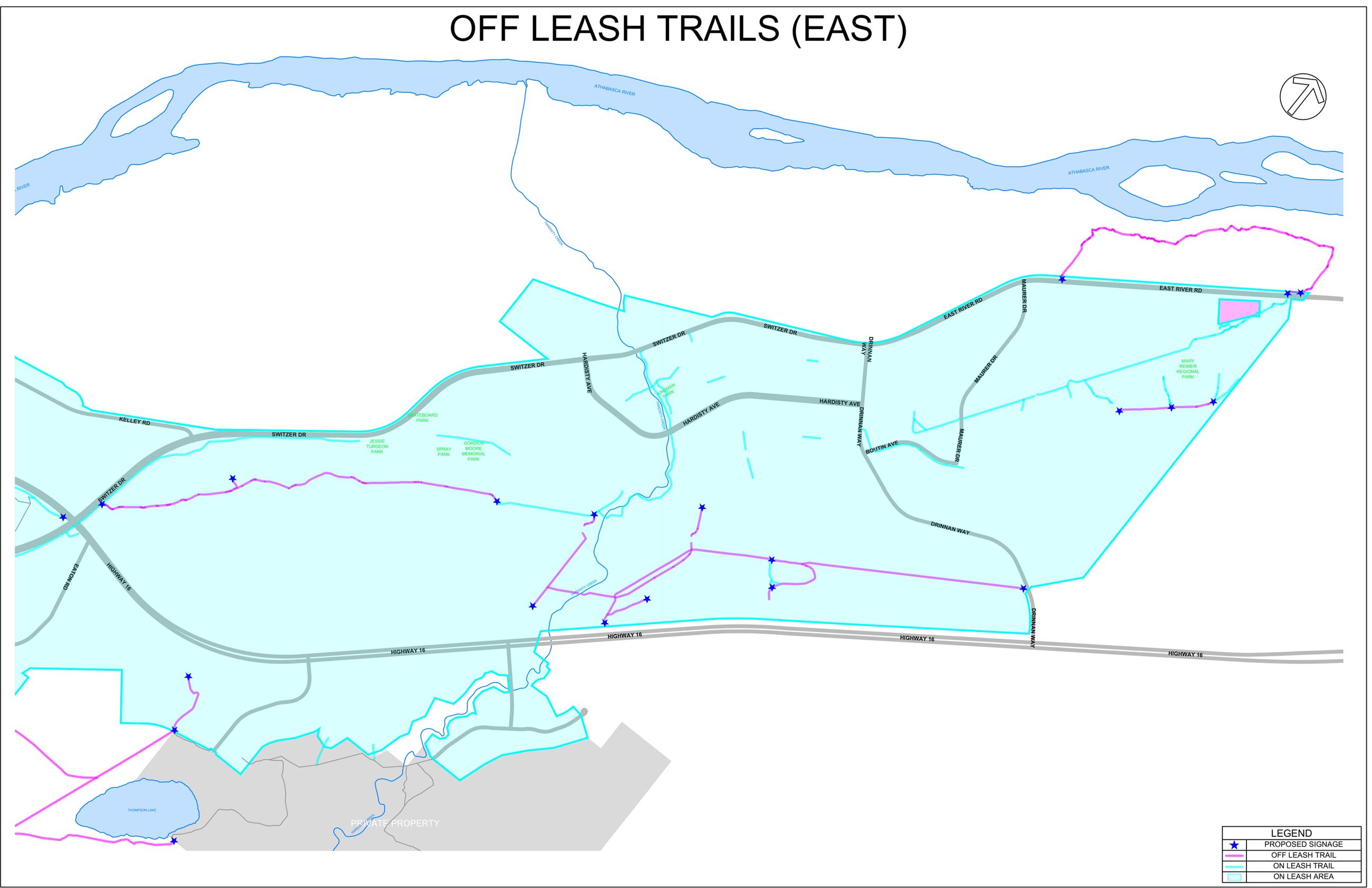 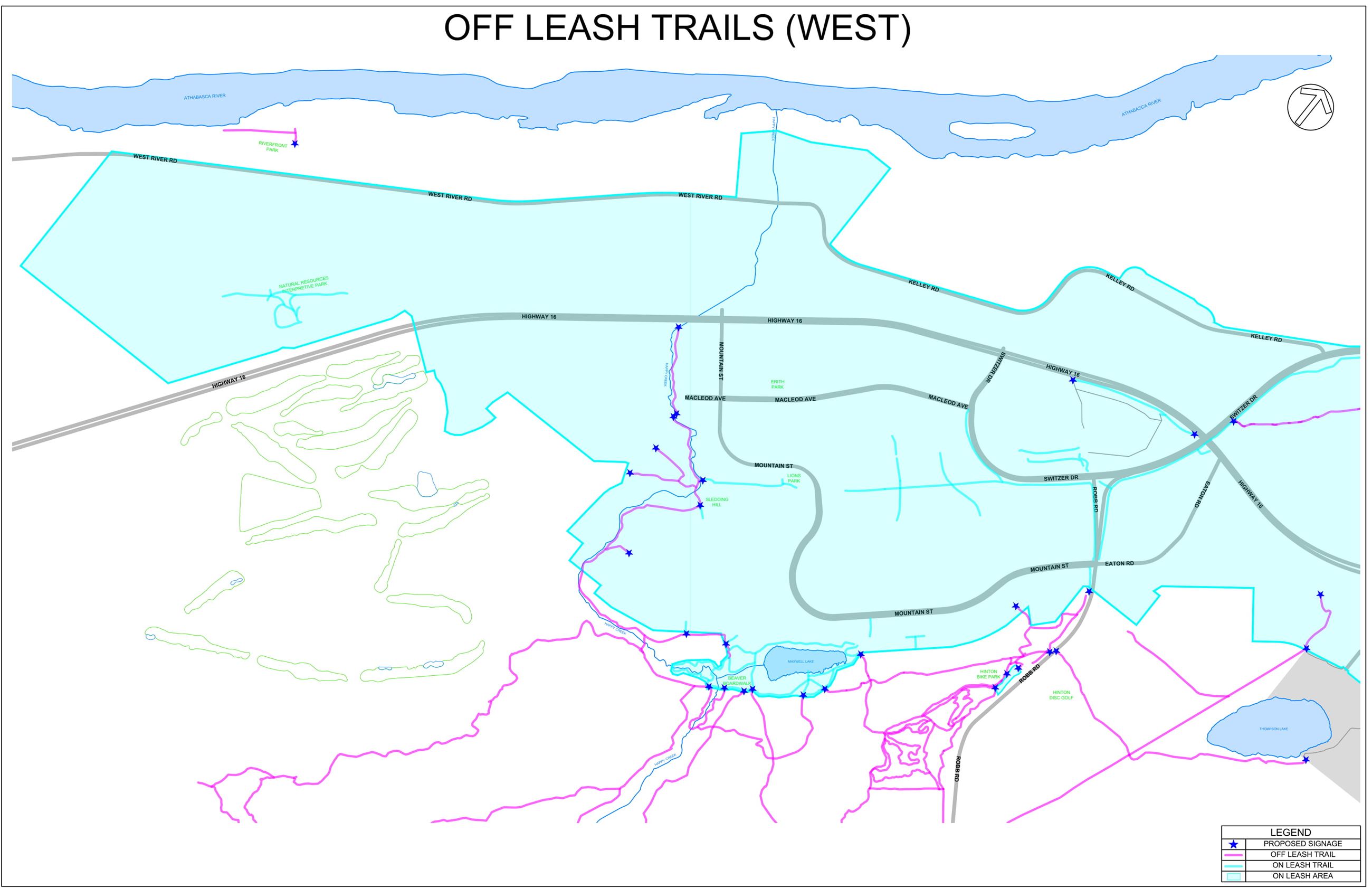